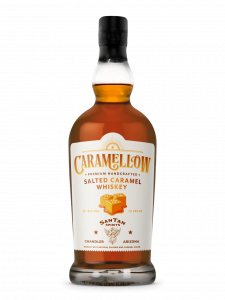 Chandler-based SanTan Spirits recently won big in one of the most prestigious spirits competitions in the world.

SanTan Spirits won a total of six medals for its products in the 2022 San Francisco World Spirits Competition, one of the most revered awards competitions in the distilling industry and the largest spirits competition in the world. The competition is regarded as the premier recognition for distilleries and has helped vault many winning brands into national and international prominence.

SanTan won a Gold Medal for its Sacred Stave American Single Malt, and Silver Medals for its Jacob Waltz Bottle in Bond Bourbon, SweetPeach Bourbon and CaraMellow Salted Caramel Whiskey. Additionally, it won Silver Medals for two entries in the ready-to-drink category of products, one for SunSplash White Peach Vodka Soda and the other for GingerPunk Whiskey Mule. Both of which are made using SanTan produced spirits.

Anthony Canecchia, founder + brewmaster of SanTan Spirits and SanTan Brewing Company, said that the awards were an honor recognizing the company’s commitment to quality and excellence in its products.

“We have worked very hard to create some of the best spirits and beverages for our customers, with our goal to deliver “Uncommon Quality for Everyday Occasions.” Our spirits are made to drink and enjoy among friends. It is rewarding to receive the kind of recognition that the San Francisco World Spirits Competition provides,” Canecchia said. “This competition is the highest honor in our industry, and we are pleased to continue to build a tradition of excellence that is recognized around the world.”

Founded in 2000, the San Francisco World Spirits Competition is the oldest and largest competition of its kind. Medal winners range from some of the most renowned international distillers to small-batch producers that the competition has helped put on the map. The SFWSC medal is a testament to their hard work and universally recognized indicator of exceptional quality and craftsmanship. In 2022, the competition cemented its position as the largest spirits competition in the world with nearly 5,000 entries, led by Executive Director Anthony Dias Blue and Head Judge Jeffrey Morgenthaler.

SanTan Spirits has had its products recognized by the San Francisco World Spirits Competition each year since 2018. Including the 2022 recognition, SanTan has now received four Gold Medals and 11 Silver Medals in the competition.

SanTan Brewing Company was founded in 2007 and is the largest independent craft brewery in the state of Arizona. SanTan Spirits debuted in 2015 and has collectively earned more than 20 medals (Double-Gold, Gold, and Silver) for American Single Malt Whiskey, Rye Whiskey, Flavored Whiskeys, Bourbon, Gin, and spirit-based Ready-to-Drink products.

SanTan’s twin artisan pot stills are located in their Chandler production facility. Skilled brewers and distillers hand-craft all spirits and whiskeys age and finish in specially-selected barrels. Customers can get a taste of SanTan Spirits at any one of their four unique concepts: Spirit House is a cocktail bar in downtown Chandler, SanTan Gardens & Tasting Room is located in front of the brewery & distillery on Warner Road in Chandler, and SanTan Brew Pub has two locations, one in downtown Chandler and one inside Terminal 3 at Phoenix Sky Harbor Int’l Airport. In addition, SanTan Spirits are available in restaurants, cocktail bars and retail stores across the state. The company also offers tours of its 35,000-square-foot brewing and distilling facilities to the public.